It’s no surprise the most celebrity came fame after marrying or getting in multiple relationships with high profile personality. Similarly, Luann De Lesseps became publicly known after she joined the Bravo’s reality show The Real Housewives of New York. But fans of the Real Housewives of New York know that her marriage didn’t work out with her first husband, Alexandre de Lesseps after being together for more than a decade.

Having wealth is not enough in the relationship. You must be loyal, good communication, and faithful. If these things lack in your marriage or relationship, then you know what would be the reason Let’s know everything about Luann’s first husband.

Alexandre de Lesseps is from Paris

Alexandre de was born on May 20, 1949, in Paris, France. Lesseps spent his childhood and adult life in his hometown before moving to the USA. Alexandre holds the citizenship of two countries. Like other celebrities, he keeps the detail of his family, parents and siblings to himself. It seems he doesn’t like to talk about his personal life to the media.

He is related to Ferdinand de Lesseps, who was the famous French diplomat and entrepreneur. Ferdinand was a developer of the Suez Canal and began the Panama Canal.

When it comes to his educational background, Alexandre enrolled at Northwestern University in Chicago, Illinois. Before moving to the USA, his education took place in Khartoum, Sudan, and France.

Alexandre de Lesseps is an Entrepreneur

Alex is an investment banker. Prior to that, he served in the military of France where he was enrolled in the film department. Later he became a producer of TV films with TelFrance in Paris, Inter-Tel in Munich, and Telvetia.

Along with his partner Mark Tippetts and their friend Ricardo, he established The Myanmar Children Association MCA in 1988. His other positions that Lesseps has held in his career include President of Carol Capital Limited of London and Pandaw Investment Holdings in Hong Kong. Further, Count is the co-founder and President of Blue Orchard Finance S.A. of Geneva.

Who is Alexandre de Lesseps’ Wife?

Count Alexandre de Lesseps was married to Luann Nadeau for 17 years. His wife is a TV personality who famous for her appearance on Bravo’s show, The Real Housewives of Beverly Hills. She is the main cast of the RHONY and has managed to focus her reality TV spotlight on herself.

Count tied the knot with Luann in 1993 and was together for until 2009. In the television industry, very least couple are married and lived together until their last breath. In the case of Count, he and Luann separated and divorced despite being married for more than 15 years.

Though the reason behind their divorce is still under the wrap, as they moved on their life, his ex-wife remarried Thomas D’ Agostino Jr in 2016, but their marriage lasted for only seven months. As a result, Luann divorced from her second husband, Thomas, in 2017.

Count and ex-wife Luann shared two children, Noel and Victoria. Victoria was born in 1994 and is 27 years old. His older daughter attended Miss Porter’s School in Farmington, Connecticut. Later she went to the Ross School in East Hampton, New York. Victoria received a Bachelor of Fine Arts in communication design from the Pratt Institute in 2016.

Victoria is a visual artist, and her work also featured on Bravo’s TV, The Real Housewives of New York. Additionally, Victoria is currently working for fashion designer Nicole Miller. Just like his sister, Noel is also an artist and working on his art too. Noel has a website where he posts his work. Noel graduated from the Maryland Institute College of Art.

It sounds like his children have natural talent and great ethnic work that help them to make their name in the artistic world.

Count Alexandre and His Children Filed a Lawsuit Against Luann Lesseps

The RHOBH star had the lawsuit filed against Count and children Victoria and Noel in 2018. However, the lawsuit was officially dropped in 2019. It claimed that the Bravo star breached a stipulation of discontinuance.

In 2009, Luann agreed to set up a trust for their children, using half of her interest in the family’s Bridgehampton home. Instead, she tried to buy a multi-million dollar home from her money.

Luann sold the Bridgehampton home for $8 million and used the cash a $3.1 house in Sag B-Harbor, New York, which she then intended to flip so the reality star could buy a luxury home in upstate in New York. The lawsuit was filed to block from selling Sag Harbor home. The RHONY star even asked to his castmate Bethenny Frankel’s ex, Dennis Sheilds, for a $6 million.

How Much is Alexandre de Lesseps’ Net Worth?

Alexandre is an investor, and he knows where to spend his money. He has a whopping net worth of $50 million. In addition to his career, Alexander is an entrepreneur and pioneer of micro-financing in developing countries.

He was one of the founder investors of the Saratoga Hotel in Havana, Cuba. Also, he worked for the coral capital Group as a chairman until 2013. For his work, he also received awards and accolades. In 2004, Count received the Fulbright Humanitarian Award in 2004.

Alexandre is a private person and keeps his life away from the media and paparazzi. He is known as the ex-husband of Luann Nadeau. However, you could follow Luann Lesseps to know more about them and their children. 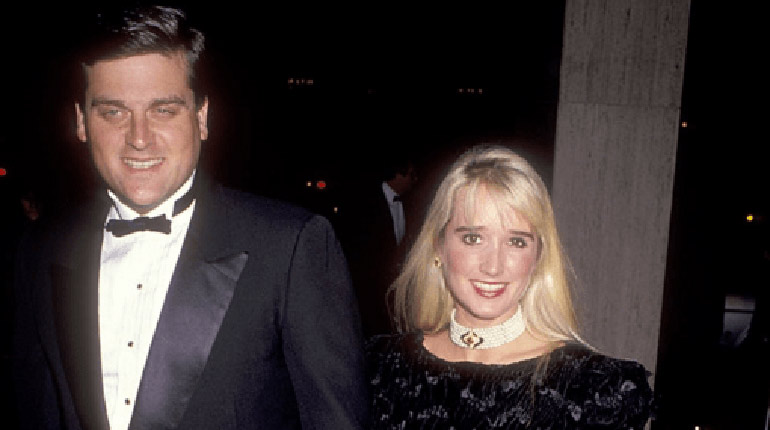