May 7, 2020 The Real Housewives of Beverly Hills 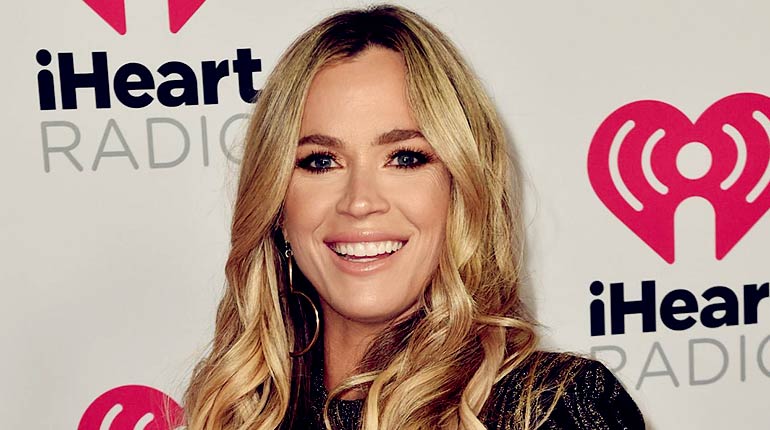 Bravo’s hit reality show, The Real Housewives of Beverly Hills, lots of gorgeous wives and ex-wives, have come and gone over the years. The season 10 premiered on April 15, 2020, and has filmed five episodes until now. In the new season, the series welcomed two new housewives, Garcelle Beauvais, who joined as the main cast while Sutton Stracke as a friend of Lisa Rinna.

Sutton is not originally from Beverly Hills, but she is from the same social circles. Three years ago, this reality star divorced from her childhood friend and husband, Christian Stracke. What is her current relationship status?

The Real Housewives of Beverly Hills viewers are eager to know about the new cast, Sutton.

The Real Housewives of Beverly Hills announced that Sutton Stracke would be a new housewife alongside Garcelle Beauvais, but when the photo of the cast members was released, she was missing. Fans were surprised after they heard she is playing the role of a friend of the housewives.

She posted a solo photo of herself in a neon dress with the same marbled teal background on her Instagram. Fans were shocked when Sutton introduced as a friend of Rinna. Later she cleared the things why she didn’t appear in the show with her own tagline.

She told Access that when you signed on to be a Housewife, it all about your whole life that you’re giving up to the audience, and so, she was unable to do that. Stracke continued, she wasn’t able to film with her children who’re a big part of her life.

Stracke Was Married to Her Childhood Friend, Christian Stracke

Sutton divorced from her husband, Christian Stracke, in 2017. She tied the nuptials with her childhood friend, Thibeault “Christian” Stracke, in 2000. However, like most couples around the world, Sutton and Christian’s marital life lasted for a few years.

At the time, Sutton was the director of the development at Cunningham Dance Foundation while her ex-husband was a strategist at Deutsche Bank. They separated in September 2016. You might be thinking about how the couple met and their dating life.

Well, Sutton and Christian met Davidson Fine Arts High School in Augusta, Georgia. Later her husband enrolled at the University of Chicago and volunteered in Mauritania with the Peace Corps. In 2008, her husband joined PIMCO, where he serves as a portfolio manager and director.

The reality star is lucky enough to found love again after divorcing her Christina, who was her first love. She is with a new man and enjoying her love life. Her boyfriend, Michael Mahoney, is a realtor.

According to her bio, Sutton met her current boyfriend, Michael Mahoney, online. The RHOBH star isn’t shy to flaunts her love life on social media. She posts numerous romantic photos on her social profile. In February 2020, the couple flew to Hawaii and spent some quality time together.

Also, the two went to Italy last year and attended opera and went for a dinner date. Both of them love traveling and partying. However, she hasn’t disclosed much about her current relationship in the media. Going through her social media, it seems the two have been for quite a long time.

As a kid, she has always dreamed of becoming a professional dancer. After graduation, Sutton moved to New York to pursue a dancing career though things didn’t go as she planned. Later she became the Director of Development of Cunningham Dance Foundation.

Further, she served as the Executive Director of the Augusta Ballet that located in Georgia. Also, she sits on various boards for ballet companies in Los Angeles, Augusta, New York, and other prestigious American Ballet Theatre.

Not only that, but she also named a top party Host in America along with Oprah and Michelle Obama.

Stracke is a Mother of Three Children

Sutton has three children, a daughter named Porter, sons, Philip and James, from her ex-husband. She often shares photos of her child on her social profiles. Her oldest daughter Porter Stracke is 17 years and joined the college this year.

The Real Housewives of Beverly Hills star, Stracke took to Instagram to share that her daughter’s attending one of the prestigious colleges of Virginia, College of William & Mary. Sutton is a proud mama of three kids and resides in a sprawling mansion in Bel Aire. Look the post down below.

Philip is 15 years old, and James is 12, and both of them are studying in high school. Not much is known about her kids.

How Rich is Sutton Stracke?

However, she may not be the main cast of the RHOBH, but she is making an impressive salary from the show. As of now, Sutton’s net worth is believed to be over $2 million.

In addition to her career, she is an entrepreneur. Stracke is the owner of her own boutique, Sutton in West Hollywood that carries furniture, art and clothing, and many more.

Sutton is Active on Social Media

The mother of three does have accounts on all social networking sites, including Instagram. The real star posts her day-to-day activities and works on her Instagram. Though the help of her social accounts, she promotes her business.

Will she marry her current boyfriend, Michael? What do you about this couple? Let us know in the comment section below.